Things got serious for the 17 best young cyber talents last weekend: they met at the Swiss finals of the European Cyber Security Challenge 2015 in Sursee to compete against one another in various disciplines related to IT security. The competition established a team of the 10 best young hackers in Switzerland. They will form the Swiss national delegation for the European Cyber Security Challenge, competing against teams from five other European countries.

The young hackers had to battle a deadline to find security vulnerabilities in web applications, crack encrypted documents, or gain access to a protected system. They weren’t just being evaluated on their technical skills: soft skills like their ability to work in a team or their presentation style were also part of their overall ratings. “It’s not enough to simply find security problems. Working out a solution as a team and being able to communicate with others is just as important for a ‘good hacker,” explained Ivan Bütler – jury member and owner of an IT security company.

That’s why the winning team isn’t just made up of the best technical masterminds; it also includes members with excellent social skills. These ten young talents make up the Swiss delegation for the European finals, which will take place at the KKL Luzern on October 21st. There, the young team will need to prove its skills against teams from Germany, Austria, England, Spain, and Romania.

For more details check out our press release available in English, French and German. 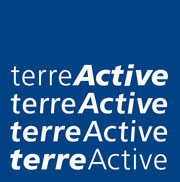